Day 1 : Arrival at Delhi
On reaching Delhi Airport, India executive will welcome you, Assist you to the hotel and will help you through the check in process. He will give you the tour documents and a brief about the tour.
Night stay at the hotel in Delhi.

Day 2 : Delhi - Ranthambore (By train at 1315/1805hrs)
Breakfast at the hotel in Delhi will be followed by the sightseeing of Akshardham Temple. Later catch the train and move towards the journey to Sawai Madhopur - the gateway to Ranthambore Tiger Reserve. Check in at the resort on arrival relax.
Overnight stay at the Ranthambore resort.

Day 3 : Ranthambore Tiger Reserve
Post breakfast, a small drive will take you to the jungle excursion of Ranthambore Tiger Reserve. A safe jeep safari will move you through the reserve. Whole day exploration of the wild in picturesque Ranthambore tiger reserve. The landscape of this place is strikingly impressive with beautiful flora making it a complete eye soothing experience. ‘Exhilarating’ will be correct adjective for this day as spotting a tiger will be the moment that will give you sheer excitement. Return to the resort for an overnight stay.

Day 4 : Ranthambore - Jaipur (By Road approx 180kms/03hrs)
Early morning excursion of Ranthambore Tiger Reserve once again because morning is a time when you have even brighter chances of spotting several animal species walking around freely. Leave from the resort for an assisted drive to Jaipur - the Pink City. Here on your arrival, you check in to a hotel with the help of our officials. Later set out on a shopping trip and explore the lively markets of Jaipur like Bapu Bazar, Johari Bazar etc. Spend your night peacefully in the noble environs of the hotel.

Day 5 : Jaipur Sightseeing
This day is begun with having a luscious morning meal at the hotel. Followed by this, the schedule of this day has sightseeing of Jaipur city marked in bold words. Start with the City Palace of Jaipur that has various artefacts and weapons used by the Jaipur Royalty earlier. Proceed on to see the Palace of Winds (called Hawa Mahal) which is an evidence of the brilliant Rajput architectural delicacy as it has 935 windows set up in a five floor palace complex. Also you can have a look at Jantar Mantar (astronomical observatory), Birla Planetarium both situated within the city and Amber fort on elephant safari located on the hills of Aravalli nearby Jaipur.
Enjoy sound and light show in the evening. Relaxing overnight stay at Jaipur.

Day 6 : Jaipur - Fatehpur Sikri - Agra (By Road approx 250kms/05hrs)
Embark on a drive towards Agra after an early morning meal at the hotel in Jaipur. Stop at Fatehpur Sikri in between the journey to see the historical remains of Mughal Empire after its abandonment by Akbar. Buland Darwaza (in Fatehpur Sikri) which translates to the Powerful Door in English because it stands as a symbol of kingly might and is the largest gateway in the world. Also see Sheikh Salim Chishti’s tomb here. Continuing the drive, reach Agra in afternoon. Later (after freshening up and having lunch) sightseeing tour of Agra awaits you where you are guided through various tourist attractions, two major places of interest among them being Taj Mahal (one of the ‘Seven Wonders of the World’) and Agra Fort. Overnight at Agra.

Day 7 : Agra - Delhi
Guided travel through road back to Delhi in the morning after an early breakfast. Reach Delhi in afternoon and have a fulfilling lunch. Following this will be a shopping spree in the markets of Delhi which are world famous for junk jewellery and colourful articles. Spend your night recollecting sweet memories of the seven days trip.

Day 8 : Delhi (Departure)
Post breakfast, visit the Red Fort (Outside View), Chandani Chowk Market, India Gate etc. Later you will be dropped at the Delhi airport to depart for the onward destination/your hometown.

India wildlife tours have never failed to attract travelers and explorers from all across the globe. Every year thousands of travelers visit the different national parks of India. The rich biodiversity of India is nothing new, many rare and exotic species are only found in India. Wildlife tours Indiagenerate a lot of revenue for the country every year. Every year travelers flock in the tiger reserves just to a glimpse of the legendary cats that rule in these deep dark jungles of the country. India is the home to the maximum population of famous Royal Bengal Tigers. To meet the king and his subjects in the wild, check out the wildlife holiday tour packages India. And if you are lucky enough, you can also spot the swamp tigers. 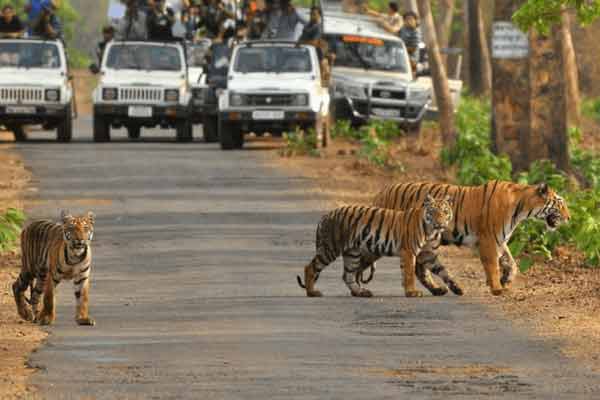 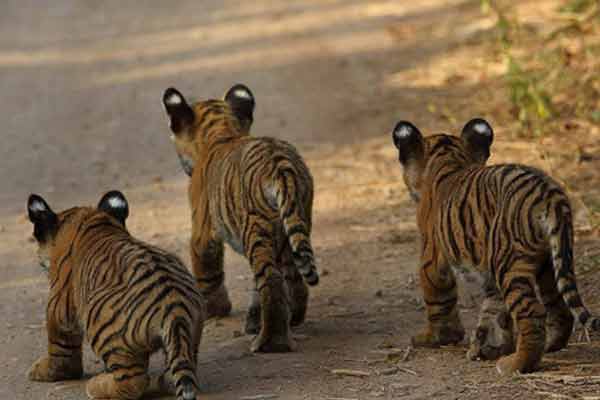